How to Wrap Presents Perfectly Every Single Time & More

How to Wrap Presents Perfectly

Anthony Wagner: (00:00) You’re listening to a little easier, a tiny version of my productivity podcast. I’m Anthony Wagner, and this week we’re talking about wrapping gifts. Actually it’s Christmas day, so Merry Christmas if you celebrate, and I am so excited to be presenting to you on the holiday itself. Of course I did not record this today, but that doesn’t damp in the spirit nonetheless. So if you celebrate today or even if you don’t, if you ever have to wrap gifts, this is going to change that for you.

Anthony Wagner: (00:29) Now, I will say probably should have aired this episode before the day that all the gifts are due to be unwrapped, but you can definitely take this knowledge with you into the future and you will be very happy that you have it. So if you’ve ever been in a situation where you’re attempting over and over and over again to wrap gifts and you constantly screw it up and find yourself cutting paper, having it be the wrong size, either too big or too small, trying to make adjustments and end up bunching it up and throwing it in the trash and having to start all over.

Anthony Wagner: (01:00) This was me for forever, and I kept saying to myself, you know, I am so good at stuff like this. This is ridiculous. Why can I not get this right? So I finally figured out the right term to search for on Google. I kept searching for how to wrap presents or how to wrap them well or whatever. But the right term for me was how much wrapping paper to cut because I kept cutting the wrong amount. Every single time I would cut, I would put the P the gift down.

Anthony Wagner: (01:29) I knew all the technique as to how to get it to look nice, but every time I went to fold it up, there was either not enough paper or there was way too much and it would drive me crazy. We’d get all bunched up. It would rip. It was so frigging annoying. So when I finally did that search, how much wrapping paper to cut, I found a video and I have absolutely got that video in the show notes easier cast.com/little 21 it’s a video which walks you through the simplest foolproof method for cutting the right amount of wrapping paper, the essentials of it.

Anthony Wagner: (02:05) This is obviously easier to understand when you can see it, but the basics are, you start with kind of your, if you’ve got the roll of paper on your right and then you kind of spread the act, you know the paper out to the left, you set your a square or rectangular gift on top of the paper in the lower left corner and then in one direction you roll the gift, you leave it all the way in the corner, and then you kind of roll the gift up on one side and down again and then back up one more time. So it’s a total of four kind of measures. The initial one where it’s just sitting there, then over, over, over. So you’ve got four measures that way and then you leave a little excess to the right and you can cut that paper that way.

Anthony Wagner: (02:51) Then in the other direction, you put the gift back in the lower left corner, the same way you had it. And then you roll it up on its side as you kind get to the initial one and then the next side and you cut that there. And I’m telling you, doing that creates the most exact amount of wrapping paper that you will need. And it is, it just astonishes me actually makes me want to rap more gifts now is something that I hated doing before and I would always put things in bags because I can make them look nice.

Anthony Wagner: (03:21) And now I am thrilled to get things, uh, that I have to wrap up because I’m really excited because this works so well. So definitely go to the show notes easier, cast.com/little 21 and check that out. That that video is phenomenal. You will love it if you ever have struggled with getting your gifts wrapped correctly.

Anthony Wagner: (03:43) This is the way to do it. So the next thing I wanted to briefly touch on is that you are overpaying for gift wrapping, especially when it comes to bags, tissue, paper and boxes and even bows, um, everything but wrapping paper for the most part, you are overpaying for it. And even still, you’re still probably overpaying for revenue per, if you’re buying it at big box retail stores, it’s cost way too much money. The dollar store, specifically dollar tree have amazing, amazing gift bags.

Anthony Wagner: (04:12) They have great selection and a ton of sizes and they have tissue, paper and boxes and yes, they have a ton of wrapping paper. But I don’t think I can recommend the, the wrapping paper because this is something that I typically tear because it’s so thin. If they just make it just a little, I, you know, I know it’s not the in the spirit of the dollar tree, but if they just make it just a little bit thicker so it wouldn’t tear, it would be perfect.

Anthony Wagner: (04:35) I’d be willing to pay more for it too, or just give me less on the roll and give me thicker paper. So, uh, definitely buy your gift. Wrapping, especially bags, they have surprisingly beautiful gift bags at the dollar store and you can get them in like every size imaginable except like giant ones. I need a really big one this year and I can’t find it. So I gotta come up with an alternative.

Anthony Wagner: (04:56) And um, I, as I said, I’m recording this before Christmas day and I only have a little bit of time left to get that figured out. So definitely stop overpaying for gift wrapping. The only thing I’m going to do for wrapping paper this year, and I’m gonna start doing this going forward, is I’m going to wait till after the holiday and then I’m going to go to a store like target and I’m going to pick up wrapping paper when it’s 40, 50, 60% off for the high quality stuff.

Anthony Wagner: (05:20) And so it is a little more expensive than the dollar tree, but it’s not quite so expensive and it will not tear nearly as often when you’re trying to work with it. And then the last idea I wanted to share with you on this Christmas day is I wanted to encourage you to stop buying fricking useless, expensive, wasteful greeting cards. These things drive me crazy where it seems like everybody feels like they have to include a card with a gift.

Anthony Wagner: (05:45) Even if you’re the only, like there’s only one gift recipient and you know if you want [inaudible] there are plenty of ways to flag that a gift came from you without having to waste money on a card. What drives me the most crazy is when people spend eight 10 $12 on a card. Like for real, I would have just preferred eight 10 or $12 as opposed to a card I’m going to look at once and toss in the trash.

Anthony Wagner: (06:09) I don’t, I don’t hang on to them. They just there. I don’t get it. Like, you know, especially when people just sign their names on the inside of a like a, a generic greeting card message. Cool. I mean, I get that it flags it. It was from you, but did you have to spend $12 on a like fancy fricking card from Papyrus? My thought is no. So here are my alternatives to that kind of stuff. First of all, don’t buy all the like lights and sound and moving and no, to me that is not worth it. It’s just silly. I’d much rather have two drinks at Starbucks or something. I’d much rather. But if you insist on buying uh, greeting cards, here’s the way to do it. I say that to the dollar tree is also the way to go for this. They typically sell their greeting cards two for a dollar and I can justify 50 cents for a greeting card for sure.

Anthony Wagner: (07:00) The other option is they have a ton of blank packs, like a packs of blank greeting cards that just have a design on the outside. And some of them say thank you. Some of them say nothing. So I’m gonna just set a design and they’re like eight or 10 in a pack for a dollar. It is such a great deal. I keep those stashed in a drawer all over the place. Both at my office and at home.

Anthony Wagner: (07:20) So if I ever have to write a quick note to someone, whether it’s a thank you note or a happy birthday note at work cause I realize it’s their birthday or you know, whatever it is, I can do that and seem like I’m always super prepared. Or the last option is if you really want to go full throttle on this, stop giving cards all together. And I would always worry that when I stopped doing this, people would think I was a cheapskate and has nothing to do with not wanting to shell out three four bucks.

Anthony Wagner: (07:44) I just think it’s a totally useless spend. Like this is not something that I need to drop that amount of money on. So what I’ve been doing instead is I will package the gift with a nice little candy bar in lieu of the greeting card. So these are some ideas for your holiday wrapping. Remember, go to the show notes easier, caste.com/little 21 to check out that video on how to wrap presents perfectly. 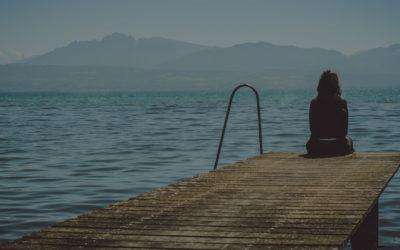 Gretchen & Elizabeth, in ep. 97 of Happier with Gretchen Rubin, suggest that you can take Advil to help soothe emotional pain. 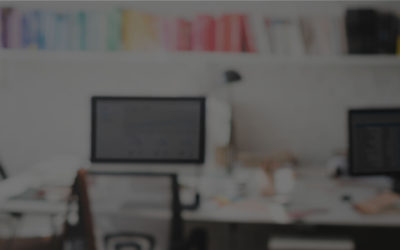 How to Find Large Files on Your Computer

In this little episode of Easier, we’ll talk about an awesome, free program for locating giant files on your computer! 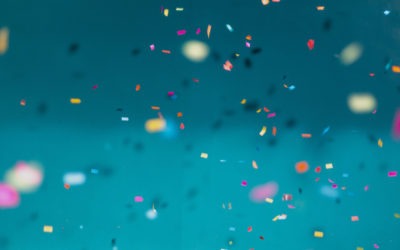 How to Practice Gratitude in Life & Work

In this final episode of season 1, we’ll talk about why gratitude is SO important, and how make gratitude a daily practice.